Therefore, to inform the public that solar eclipse research is being done by Lions Karnavati Shantaben Vishnubhai Patel Eye Hospital, Anganj, Ahmedabad, public notice and alert is being given to all in the interest of the public which is requested to read carefully.

There is a solar eclipse on Sunday 21-06-2020 from 10-04 am to 13-32 pm, which is to be seen all over Gujarat. During this time very intense rays will be emitted from the sun and if it enters the eyes it can cause great damage to the eyes. These sun rays can do a lot of damage to the macula, which is a very important part of the retina of the eye, and this can result in permanent loss of appearance to the person - permanent blindness. Further, there is no treatment available for retinal detachment.

In view of this, it is requested not to go out on the day of solar eclipse between 10-04 to 13-32 in the morning or to watch the eclipse with the naked eye.

When does the solar eclipse occur

According to scientists, when the Earth Moon and Sun are in a straight line, then the Moon covers the Sun in that state, whose Sunlight becomes either medium or dark, it is called Eclipse. 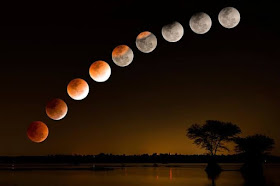 What type of solar eclipse is there?

Full Solar Eclipse - When completely dark, it means that the Moon has completely covered the Sun. This state will be called full solar eclipse.

Segment or partial solar eclipse - When the Moon does not cover the Sun completely, then this state is called a block eclipse. In most parts of the earth, a solar eclipse is often seen.