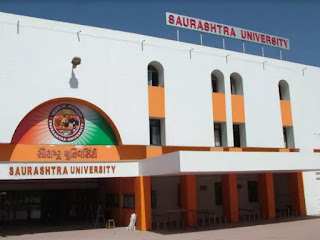 Students who have completed an external course since 2012 or who are currently studying abroad. They are studying completely illegally. However, the current Vice Chancellor of Saurashtra University Dr. Most of the past Vice-Chancellors, including Nitin Pathani, have no idea that approval is required for an extracurricular course and they are still defending themselves.

The university needed to get the deck approval
External course was started in 1967 at Saurashtra University. It was not necessary to seek any kind of approval at that time. However, due to the financial scandal in the name of external, the Ministry of Human Resource Development formed the Distance Education Council (DAC) in 2006 after the establishment of IGNOU. It was incorporated under the UGC from May 30, 2013, after Deck worked as an independent institution until 2013, and was renamed as the Distance Education Bureau, and any university across the country seeking to continue its extracurricular course required the approval of the deck.


Now compulsory approval has to be obtained
MHRD made a law in July 2017 which was mandated to get the deck approval till 2017, and according to this law, approval was required for all universities in the country to continue the course of distance and if not allowed. If taken, the degree given to the students after the completion of the distance course Be somewhere. For this, the MHRD circulared all the universities in 2018 and compelled them to seek approval.