A mobile app for Government of India's DigiLocker application.

Posted by : Job To Dekho
Friday, September 13, 2019
DigiLocker is a key initiative under Digital India, the Government of India's flagship program aimed at transforming India into a digitally empowered society and knowledge economy. Targeted at the idea of paperless governance, DigiLocker is a platform for issuance and verification of documents & certificates in a digital way, thus eliminating the use of physical documents. 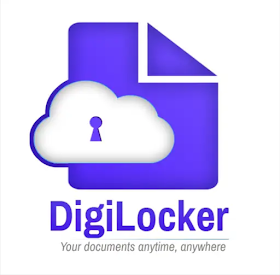 DigiLocker is a online service provided by Ministry of Electronics and IT (MeitY), Government of India under its Digital India initiative. DigiLocker provides an account in cloud to every Indian citizen to access authentic documents/certificates such as driving license, vehicle registration, academic mark list in digital format from the original issuers of these certificates. It also provides 1GB storage space to each account to upload scanned copies of legacy documents.

Users need to possess an Aadhar card to use DigiLocker. For sign-up, the Aadhar card number and the one-time password sent to the Aadhar-associated mobile number, need to be entered. For later log-ins, the user can set their own password or link the account to Facebook or Google logins.

The beta version of the service was rolled out in February 2015, and launched by the Prime Minister on 1 July 2015. The storage space provided was 100 MB initially, and was later increased to 1 GB. The individual file size for upload cannot exceed 10 MB.
In July 2016, DigiLocker recorded 20.13 lakh users with a repository of 24.13 lakh documents. The number of users saw a large jump of 7.53 lakh in April when the government had urged all municipal bodies to use DigiLocker to make their administration paperless.

About DigiLocker
Targeted at the idea of paperless governance, DigiLocker is a platform for issuance and verification of documents & certificates in a digital way, thus eliminating the use of physical documents. Indian citizens who sign up for a DigiLocker account get a dedicated cloud storage space that is linked to their Aadhaar (UIDAI) number. Organizations that are registered with Digital Locker can push electronic copies of documents and certificates (e.g. driving license, Voter ID, School certificates) directly into citizens lockers. Citizens can also upload scanned copies of their legacy documents in their accounts. These legacy documents can be electronically signed using the eSign facility.
The platform has the following benefits:
The following are the key stakeholders in the DigiLocker system:
The main technology components of the DigiLocker system are:
You can now access your documents and certificates from your DigiLocker on your mobile devices.